We are a small but growing organization with both full-time staff and some part-time consultants. Our diverse team consists of people from different parts of India with a wide range of experiences (some stalwarts, some mid-career professionals, and some recent college graduates) and educational backgrounds. We enjoy looking at issues from multiple perspectives, but share a love for ecology, decentralized production systems, pastoralism, and wide-open spaces!

We are a flat, high energy organization with most of us working on multiple projects at any given time. Collaborations within the team and with partner organizations lie at the heart of our work and we look forward to partnering with those who share our cultural ethos and our passion for pastoralism.
Gaddi sheep and goats walk across an alpine pasture in Kangra © Hashmat Singh 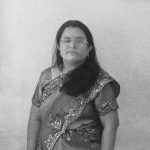 Aditi Thacker
Aditi Thacker is a Chartered Accountant who completed her CA in 2008. She started her professional journey with Talati and Talati, Chartered Accountants in Ahmedabad. She has done IPO related work for Gujarat State Petroleum Corporation and been part of audits of various listed and unlisted companies and NGOs such as AKRSP, Kutch Mahila Vikas Sangathan and Hunnarshala. She has been CfP’s Chief Financial Officer since its inception. 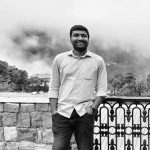 Amit Rathi
Amit Rathi completed his Master’s in Law with a focus on Access to Justice from TISS, Mumbai in 2015. Since then he has worked with the Van Gujjar semi-nomadic pastoral community in Uttarakhand. He joined the Centre for Pastoralism in 2018, where he currently anchors the Centre’s work with the Van Gujjars, focused specifically on using the Forest Rights Act towards securing herder rights to summer and winter grazing. 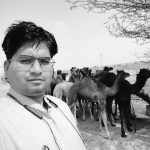 Amit Shringi
Amit Shringi is a development professional with 6 years of experience across India. He has worked with livelihoods and communities, building local institutions, SHGs, and in entrepreneurship development. He is passionate about empowering vulnerable communities and eradicating poverty. Amit has led teams on projects like the Rajasthan Grameen Aajeevika Vikas Parishad for the Department of Rural Development, Rajasthan. He has an MBA in Marketing and Finance from Rajasthan Technical University, Kota. He currently coordinates CfP’s work with livelihoods in Rajasthan. 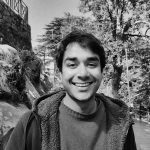 Aniruddh Sheth
Aniruddh Sheth has a master’s degree in Environment and Development from Ambedkar University Delhi. He has previously worked with WWF-India on human-elephant conflict in South Asia. For his graduate project at AUD, Aniruddh walked with Fakirani Jat pastoralists in the Banni grasslands, in Kutch, Gujarat. His thesis focused on the history and political economy of Fakirani pastoralism amidst the rise of specialty milk markets. Aniruddh is interested in research that brings together development, state policy and human-environment relations in South Asia. Currently, he contributes to CfP’s research agenda. 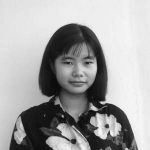 Chhani Bungsut
Chhani Bungsut studied Sociology and Anthropology at Ashoka University. With a keen interest in traditional livelihoods and a deep love for food, she hopes to learn and write about the vibrant indigenous culinary traditions in India. She has written and published several articles on agriculture, food sustainability, and traditional livelihoods. Chhani is a member of the Communications team as a content writer and the editor of Pastoral Times. 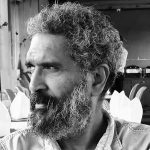 Emmanuel Theophilus
Emmanuel Theophilus is an ecologist based in the high Himalaya of Pithoragarh, Kumaon. He has worked at the National Dairy Development Board, the Tree Growers Cooperatives Federation and the Foundation for Ecological Security. He has been a visiting professor at Williams College, Massachusetts and at Acadia University, Nova Scotia. His research interests include alpine and river ecosystems, as well as snow leopard conservation, yak breeding (he co-owns and manages a herd of 22 yaks) pastoralist livelihoods, and the Commons. Theo is leading this work in the Kumaon Himalaya. 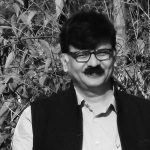 Manoj Mishra
Manoj Mishra studied at the National Dairy Research Institute, Karnal, has a PG Diploma in Forest Management from the Forest Research Institute, Dehradun, and did his PhD in Economics from South Gujarat University, Surat. He has over two decades of experience in the development sector, having worked initially with civil society organizations and subsequently served as faculty at the Entrepreneurship Institute of Development, Gujarat. He has advised the Government of India, ILO, UNIDO and several African and middle-eastern countries on policies relating to sustainable livelihoods. Manoj anchors CfP’s work on livelihoods. 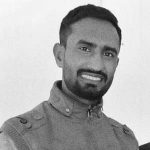 Meer Hamja
Meer Hamja is a member of the Van Gujjar community. He has an interest in pastoralists' rights and the FRA. Hamja has been actively involved in Uttarakhand for many years to expedite the FRA process, and works on issues of the Van Gujjar community, assisting them with legal processes. He is the state president of Van Gujjar Yuva Tribal Sangathan. He has a BA in History, Political Science and Sociology from Dev Suman University, Tehri Garhwal, and is now pursuing a Masters in Social Work in Uttarakhand Open University, Haldwani. 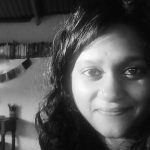 Priyashri Mani
Priyashri Mani has worked for over 13 years in the development sector with marginalised communities - in the areas of livelihoods, women’s empowerment and adivasi rights. She has a Masters’ degree in Development Studies from the Institute of Development Studies (IDS), UK and an undergraduate degree in Sociology from Delhi University. Priyashri is also co-founder of Hoopoe on a Hill which has been working with honey gatherers in the Palani Hills to package and market forest honey since 2015. She has joined the Living Lightly team as an Associate Curator. 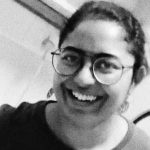 Radhika Chatterjee
Radhika Chatterjee has a background in public policy and did her doctoral studies at the Centre for the Study of Law and Governance at Jawaharlal Nehru University. For her doctoral thesis, she examined the changes in laws and institutional structures governing property rights in urban and peri-urban areas. She focused in particular on the issue of access to land rights under changing urban conditions. She has conducted field work extensively in urban, peri-urban and rural areas over a period of seven years from 2013, and has published widely in both the academic and popular press. She currently coordinates CfP’s research agenda. 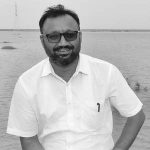 Ramesh Bhatti
Ramesh Bhatti studied Sociology and Rural Development. He has been a part of Sahjeevan since 2000. Over this time, he has led the organization’s work on pastoralism, including the revival of a livestock-based livelihood in Kutch, institution-building among pastoralist communities in the region, and facilitating the submission of a community’s claim to manage the Banni Grasslands, under the Forest Rights Act. Ramesh anchors CfP’s work on breeds. 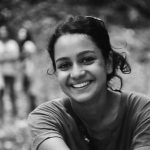 Riya Sequeira Shetty
Riya Sequeira Shetty has a keen interest in ecology and sustainability and has worked in different areas of conservation covering wildlife, ecology, outreach and solid waste management. She graduated with a degree in English Literature and has a PG diploma in Liberal Studies from Ashoka University. She has managed a jungle resort in the Nilgiris, and a cafe in the Andaman islands. She currently works as coordinator with CfP, providing administrative and managerial support to the team. 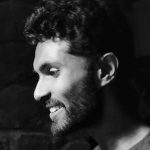 Shouryamoy Das
Shouryamoy Das is an engineer and certified financial risk manager by training. He worked with major banks in London, Singapore, and India before quitting corporate work in 2014 to pursue his interests in ecological conservation and crafts. Shourya co-anchors CfP’s initiative on sheep wool fibre. 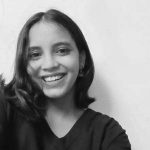 Shruti Jain
Shruti Jain is a Communication Designer with a background in Graphics, Film making and Illustration. She believes in the power of storytelling and uses different mediums as tools to capture narratives and express her emotions. She seeks inspiration from people, places and experiences around her and adds contextual meaning through colours and textures in her work. She is a part of the communications team at CfP as a Visual Designer. 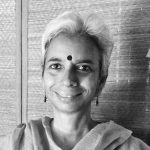 Sushma Iyengar
Sushma Iyengar is a social worker and educator. In the past three decades she has led transformative action with marginalised communities in the area of gender justice, indigenous cultures, cultural livelihoods, local governance, and post-disaster rehabilitation. Based in Kutch, she is also the lead curator of the exhibition ‘Living Lightly - Journeys with Pastoralists’ - an outcome of her long-standing interest in and experience with indigenous communities, including nomadic pastoralists. 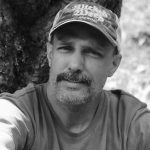 Vasant Saberwal
Vasant Saberwal did a master’s degree in wildlife biology from the Wildlife Institute of India and his PhD on the politics of shepherd access to grazing resources in the Himalaya from Yale University. Between 1999 and 2004 he was part of Moving Images, where he co-directed a series of films on a range of environmental issues. Between 2004 and 2014 he worked at the Ford Foundation where he oversaw work on rainfed agriculture, pastoralism and the Forest Rights Act. He was the founding editor of the journal Conservation and Society. He is the director of CfP. 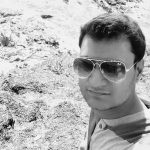 Vishnu Gor
Vishnu Gor has an MBA degree in finance and HR from KSKV Kutch University. He has four years of experience in HR and Administration at Divya Bhaskar Corp. Ltd, and at Mother Dairy, Bhuj, Kachchh. He now works with CfP as administrator and acts as the interface between Sahjeevan and CfP. 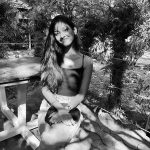 Viyona Mohan
Viyona Mohan completed her graduation in Public Policy and Environmental Studies at FLAME University and completed her post-graduation in Public Policy and Governance at Azim Premji University. Over the last few years, she has been part of various policy analysis projects relating to environmental policy. Her research interests include issues concerning forests and community rights, environmental resource management, water distress management and emission reduction in urban mobility. Viyona coordinates the Forest Rights and Governance Programme at CfP.
Advisors
-
Sandeep Virmani
Sandeep Virmani is an architect, conservationist and institution builder who has spent the last 3 decades in Kutch, Gujarat, working with communities to enhance their livelihoods and improve the quality of their environments. Over the years he has helped set up four organizations in the region, including Sahjeevan; Arid Communities and Technologies (ACT), which focuses on water in all its dimensions; Satvik, for ecological farming; and the Hunnarshala Foundation, a non-profit working towards sustainable human habitation. Sandeep is on the board of a large number of organizations, he is CfP’s founder mentor, actively involved in all of the organization’s work.
D K Sadana
D K Sadana retired as Principal Scientist from the ICAR-National Bureau of Animal Genetic Resources, Karnal where he was based for many years. He is currently consulting with a variety of organisations on a range of issues relating to India’s animal genetic resources. His areas of interest are indigenous livestock breeds, natural, organic and sustainable farming, and pastoralism. As Secretary of the Indigenous Livestock Society - India, he is involved in strengthening livestock based livelihoods and raising awareness on the importance of conserving Indian animal genetic diversity. He mentors CfP’s work on indigenous breeds.
Arun Mani Dixit
Arun Mani Dixit is an ecologist by training with particular interests in biodiversity and ecosystem functioning, and a long-standing interest in how fisheries, livestock rearing, salt manufacturing and tourism impacts forest, grassland and marine ecosystems. Dr. Dixit has published widely and is also a consultant with the World Bank and the Asian Development Bank. Arun mentors the ecosystem management work at CfP.
Tushar Dash
Tushar Dash is a researcher who has worked on forest rights and forest governance issues for well over two decades. He is actively involved in a national initiative for research and advocacy focusing on Community Forest Rights provisions of the Forest Rights Act (CFR Learning & Advocacy Process). He has served on committees and policy forums set up by the central and state governments, and has written extensively on the implementation of the FRA. Tushar mentors CfP’s FRA related work.
Sabyasachi Das
Sabyasachi Das did his doctoral research on the Van Gujjar, a pastoral community in the Uttarakhand Himalaya. As CEO of Sahjeevan, in Kutch, Gujarat, he oversaw a major engagement with the Maldhari pastoralists of the Banni grassland, including work on livelihoods, breed recognition and the Forest Rights Act. He is now associated with the RRA Network, a national level network that works to enhance public investments in rainfed agriculture. Sabyasachi supports CfP’s work on the recognition and conservation of indigenous breeds.