In most states with pastoral populations, there is growing evidence of dwindling herder access to lands they have grazed in the past. Some of this is due to grazing lands being converted to cultivation or being taken over by industry. However, the key reason behind the increasing obstacles in accessing forage is frequent forest closures by the forest department in the interests of conserving biodiversity. CfP is working with affected communities in multiple locations and with government agencies to facilitate the filing and settling of claims to traditionally grazed lands. Without access to grazing, pastoralism will become increasingly difficult to sustain.
A meeting with Jat herders on the FRA in Banni, Kachchh © Sahjeevan 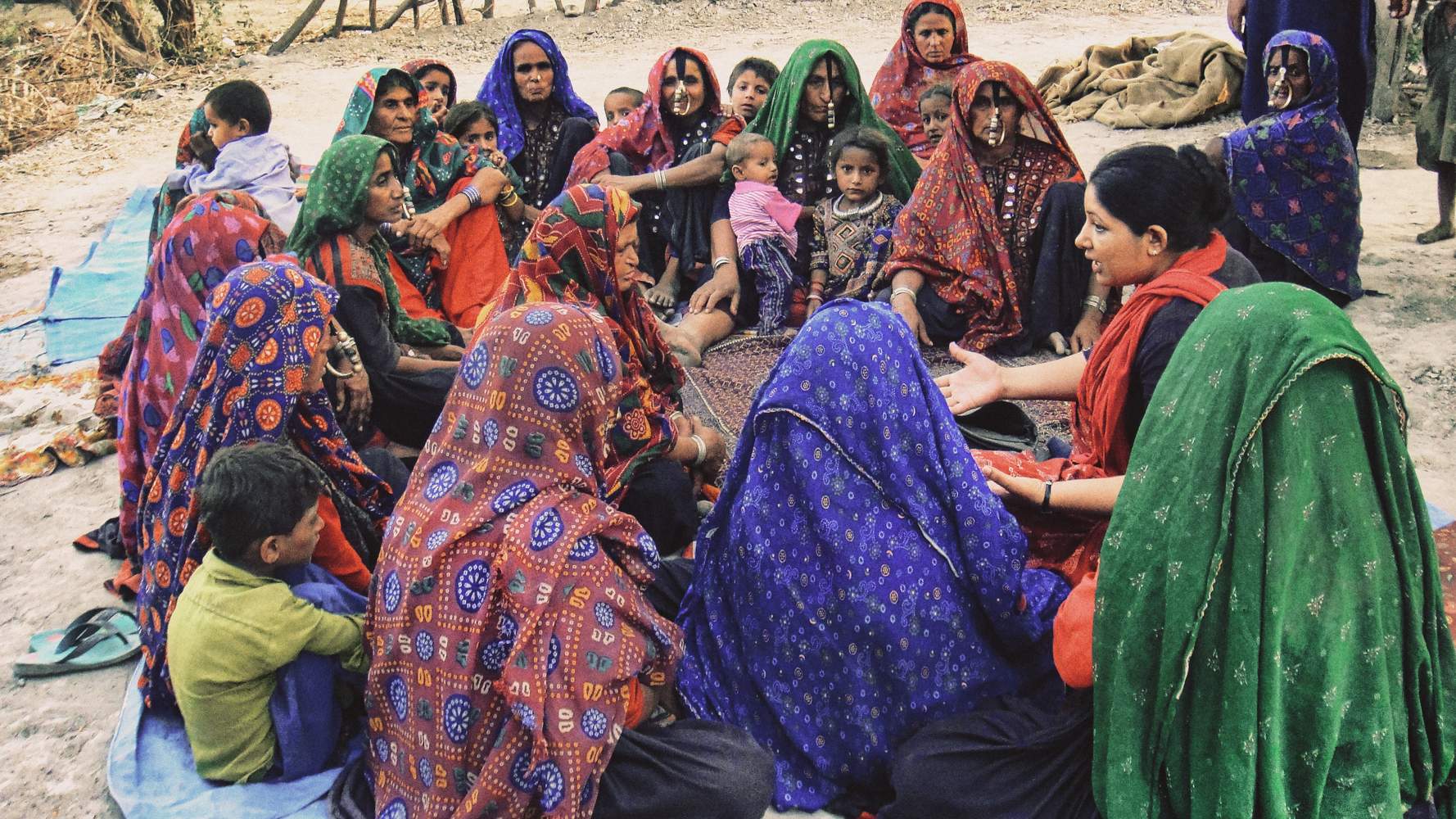 As with tribals and other forest dwellers, pastoralists’ access to land and forests has been primarily affected by the consolidation of state forests to create reserve forests, wildlife sanctuaries and other forest categories. Pastoralists have lost access to and control over traditional grazing lands due to state forest regulations. Instances of reduced access to grazing lands have been documented in Rajasthan, Maharashtra, Telangana, Uttarakhand, Himachal Pradesh, Sikkim and Gujarat.
The Scheduled Tribes and Other Traditional Forest Dwellers (Recognition of Forest Rights) Act, also known as Forest Rights Act (FRA), enacted in 2006, recognizes the rights of tribal communities and other traditional forest dwellers over community forest resources in order to ensure security of tenure and thereby enhanced security of their livelihoods. FRA also secures their rights over the conservation and management of these natural resources towards enhancing biodiversity, conservation and other values.

The implementation of the FRA has thus far focused primarily on Individual Forest Rights and has tended to ignore the empowering provisions of Community Forest Resource Rights (CFRs). No more than 3% of the estimated potential for CFR recognition has transpired under FRA. Accordingly, the provision of rights to vulnerable communities such as pastoralists and, particularly, tribal groups have not been implemented across the states. This disregard of pastoral community rights has resulted in continued restrictions on traditional access to forest areas for grazing and other resource uses.

It is important to recognize that the pastoralist community’s claim to being a part of FRA is likely to be more complicated than that experienced by tribal communities. Unlike most tribal communities, pastoral resource rights are defined over large landscapes of pasture lands, cutting across district and state administrative boundaries and falling in multiple governance regimes (including Reserve Forests and Protected Areas). Also pastoralists often graze areas that are simultaneously accessed by resident communities that practice settled agriculture while on migration. In other words, there are often overlapping claims to the same tract of land. For reasons of codependence, pastoralists have often been welcome amongst settled agrarian communities. In other instances, an uneasy accommodation has prevailed. There is little clarity on how such relationships may unfold as pastoralists seek more formal rights of use under FRA.

CfP is working closely with communities in multiple locations: Uttarakhand, Himachal Pradesh, Telangana and Maharashtra towards (i) building community understanding of the FRA’s provisions; (ii) assisting in the documentation of their historical dependence on and use of grazing resources; (iii) facilitating the filing of community claims over grazing resources; and (iv) working closely with the government to develop institutional mechanisms of resolving bureaucratic challenges in implementing the act, specifically in the context of pastoralist claims filed under the FRA. Over the next three years, we anticipate working with partners to facilitate the preparation and submission of 200 CFR claims.